In the post Employee wellbeing: wrong approaches and their impact on the cybersecurity of organizations, the relevance of this aspect for companies was already highlighted. Paul J. Zak, founding director of the Center for Neuroeconomic Studies at Claremont Graduate University, was also able to see it, since he has studied this phenomenon for more than ten years.

In an article written for the Harvard Business Review, Zak exposes that money is not what will increase the satisfaction of the personnel of organizations in the long term, as has been shown in various studies. Neither will current fashions such as business lunches with co-workers. Instead, the key lies in a very different factor: trust.

Thus, this researcher asked himself: what is the origin of trust? And he found that the answer lies in neuroscience. What makes humans trust others is nothing more and nothing less than oxytocin.

Oxytocin is a hormone that our brain secretes in social situations, among other times, modulating our behavior in these types of environments. Zak found that people with higher levels of this hormone were also more likely to share and trust other people, even if they were strangers. In addition, this is something universal that happens anywhere in the world, so it can be extrapolated to any population.

Trust in the workplace

Once identified that this hormone is a fundamental element for employee satisfaction, one wonders what are the specific actions that trigger its secretion, thus leading to an increase in trust.

After 10 years of research, Zak and his team were able to find both oxytocin catalysts and inhibitors, stress being among the latter. After determining these variables, they decided to extrapolate their research to the organizational level, carrying out different surveys and experiments to discover what management measures can foster trust.

Working in these eight areas will allow companies to increase the level of trust that their employees have, but one question seems logical at this point: how can their development affect the well-being of employees? Zak explains: “The effect of trust on self-reported work performance was powerful. Respondents whose companies were in the top quartile indicated they had 106% more energy and were 76% more engaged at work than respondents whose firms were in the bottom quartile. They also reported being 50% more productive—which is consistent with our objective measures of productivity from studies we have done with employees at work. Trust had a major impact on employee loyalty as well: Compared with employees at low-trust companies, 50% more of those working at high-trust organizations planned to stay with their employer over the next year, and 88% more said they would recommend their company to family and friends as a place to work”.

And that’s not all, but a positive impact was also found on job satisfaction and alignment with the company’s goals, as well as on burnout measures.

Despite the fact that some of the measures presented may seem somewhat difficult to implement, in light of the results found by Zak’s research team, the great benefit that working in them would entail for organizations seems evident.

Employees being able to work in a healthy environment is important not only for them to feel good physically and mentally, but also for companies that want to obtain optimal performance.

At Kymatio we take the wellbeing of workers seriously, which is why the tool has a wellbeing module that will help them improve their situation through personalized recommendations. It will also be useful for the organization by identifying not only the level of wellbeing at the individual, departmental and organizational level; but also the possible points of improvement and actions to be carried out.

On the other hand, Kymatio also offers help on the following points related to increasing confidence:

How to improve employee's wellbeing and cyber resilience? 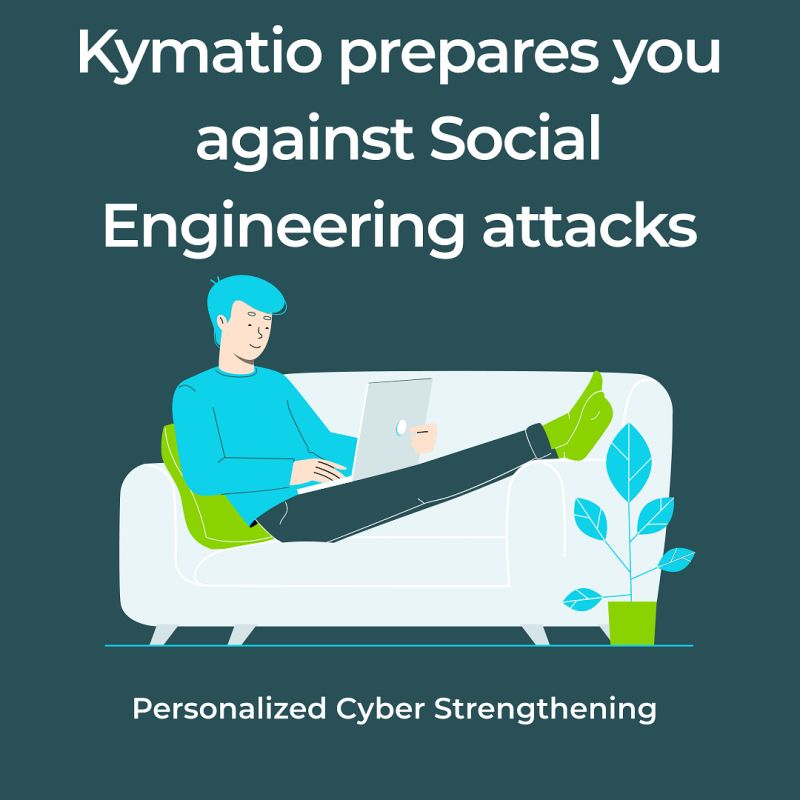